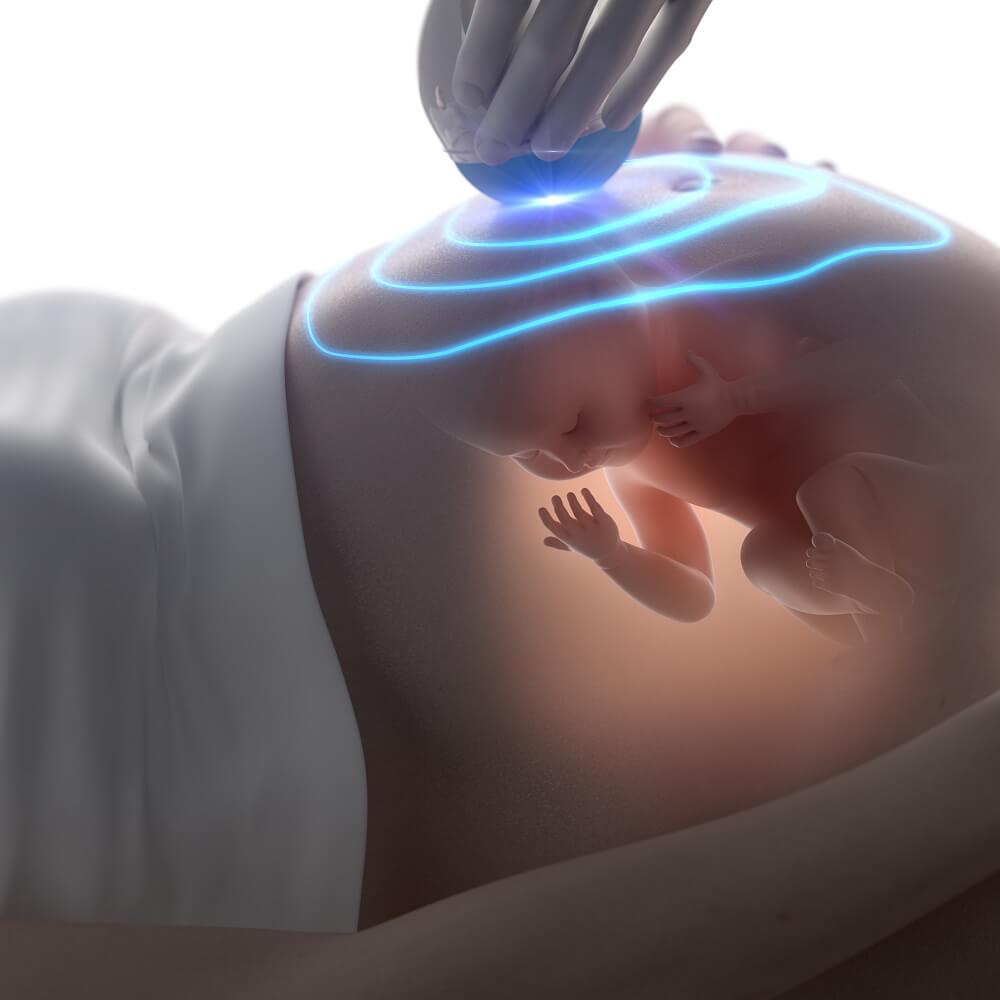 Ultrasound scans use sound waves to create a picture of the baby inside the mother’s uterus. Ultrasound scans are painless, have no known negative effects on women or newborns, and can be performed at any time or stage of pregnancy.

You should be aware that while having an ultrasound during pregnancy is often a pleasant experience, ultrasound scans can occasionally detect serious health problems, so be prepared to learn that information as well.

What exactly is ultrasound?

An ultrasound, often known as a scan, is a medical treatment that includes high-frequency sound waves that are transmitted through a person’s body and then collected on a screen.

During a woman’s pregnancy, a device known as a transducer is used to process across the mother’s abdomen. Sound waves travel to the mother’s abdomen and through her uterus as a result of this movement. Sound waves flowing from the pregnant woman’s abdomen reverberate off the baby as echoes. The echo messages or notes are later captured by a computer system, which finally displays them on a screen. Images of the baby moving or kicking in the uterus can be viewed on the ultrasound system screen at any time. Sound waves are believed to be inaudible to the human ear due to their extremely high pitch and intensity.

Importance of ultrasound during pregnancy

Many pregnant women are afraid of having an ultrasound. It’s okay to worry, but it’s also important to realize that getting an ultrasound during pregnancy at least once is common throughout the world. Some women have had many ultrasounds.

Having an ultrasound during pregnancy has several implications. First of all, keep in mind that because X-rays emit a lot of radiation, they will undoubtedly pose a significant risk to both the mother and the fetus. Ultrasounds, unlike X-rays, are much safer for both mother and baby because they do not produce radiation. Second, various investigations and examinations have shown that ultrasounds do not produce ionization, which implies that there is no risk of developing cancer as a result of ultrasound.

Another advantage of having an ultrasound during pregnancy is that it can provide crucial diagnostic information about the developing baby. It also validates a woman’s fertility and provides information on gestational age.

Ultrasounds make it easier for moms to monitor the development and health of the baby they carry in the womb. Pregnant women in many different parts of the world want to have an ultrasound exam more often, usually during the second trimester of their pregnancy, to make sure everything is progressing properly.

How can you prepare for an ultrasound during pregnancy?

What usually happens during an ultrasound?

To perform the ultrasound, the woman is required to lie down on the exam table or bed. An ultrasound technician or specialist applies a certain type of gel (water-based, so it doesn’t leave marks on the mother’s clothing or skin) on the mother’s abdomen and pelvis. This gel is beneficial for better-communicating sound waves. After applying the gel, the technician places a device known as a transducer on the mother’s womb. To capture black and white photos on the screen of the ultrasound system, the transducer will be moved around the abdomen of the pregnant woman.

The technician may also ask you to hold your breath to take some measurements of the image on the screen. They ask you to breathe out once they have completed all required measurements and verified whether the acquired photographs are clear. The technician will then clean all the gel from her stomach and allow you to empty her bladder.

When a more accurate image is needed, more advanced ultrasound techniques can be used. These can provide the information necessary for the specialist to conclude if problems were discovered during your routine ultrasound.

Since we moved to a more advanced world with more modern technology, several varieties of ultrasound have been introduced that can offer a more precise and clear conclusion. These days, three popular forms of ultrasound are used to scan the interior results of a pregnant belly. The differences between these three types (2D, 3D, and 4D) of ultrasound are discussed below.

For a clearer appearance, a 2-D or transvaginal ultrasound may be used. This ultrasound will almost certainly be used in the early stages of pregnancy when getting a good image can be difficult. A small ultrasound probe is inserted into the vaginal canal for this procedure. While the photos are being taken, the test rests on the back of the vagina.

Images acquired by 2-D ultrasound are generally black and white and have the same level of detail as a negative of a photograph taken with a camera. Depending on the position of the baby and how the baby is lying inside the uterus, various types of images are displayed on the screen.

A 3D ultrasound, unlike a standard 2-D ultrasound, allows your primary care provider to see the baby’s width, height, and depth, as well as his or her organs. This ultrasound is especially beneficial in detecting potential problems during pregnancy. A 3-D ultrasound works in the same way as a normal ultrasound but creates a 3-D image using unique testing and programming. It also requires extensive training for the professional, so it may not be as available.

Ultrasounds are a cutting-edge method of monitoring the health of both the baby and the mother. The following are some of the most notable reasons and benefits that can be drawn from the use of ultrasounds: